The Holy Week, that here in the Bajo Aragon are particularly historic character, is and has been the main attraction of the region. Five towns in Lower Martin: Albalate del Arzobispo, Hijar, The Puebla de Hïjar, Calanda and Urrea de Gaén, belong to the path of the drum and the bass drum of the Bajo Aragon, declared to be of National Tourist Interest.

Albalate del Arzobispo and Hijar, link together to the archbishopric of Zaragoza first, and the headquarters of the duchy, the second, have been for centuries the visible heads of the territory. Are home to a rich artistic heritage, a legacy of the evolution of cultures: Iberians, Romans, Arabs, Jews and Christians have left their imprint in the territory. The Iberian excavation site of the "Cabezo de Alcalá" in Azaila is one of the Old deposits best preserved and most studied in Spain. 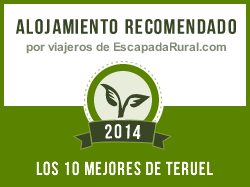